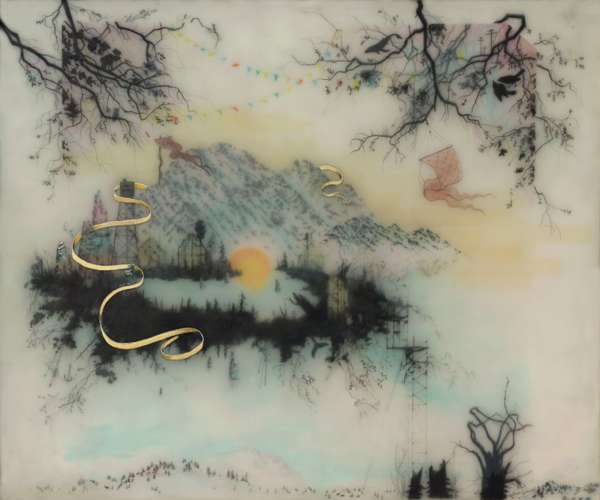 On the 21st of May, I met Ali Lacey aka Novo Amor just before his show in Bordeaux to speak about his new album Birthplace, his collaboration with singer songwriter Gia Margaret and his label. Novo Amor’s Facebook page. Pictures of the show in Bordeaux.

Joseffeen/Muzzart : It seems to me that your album is about trying to find yourself through places, people or music maybe…

Ali : Yes, it really has to do with finding oneself. It’s about the idea where my music and I started. It’s linked to the birthplace of Novo Amor in a place in upstate New York called Woodgate where I spent about 9 weeks a few years ago. The album is a call back to that place like 7 years later and about how that place changed me and the writing I do.

Joseffeen : Your songs have this daydreaming feel to them. Is it something that is important to you to get people through different feelings and images through your music ?

Ali : I like that idea but it’s not really on purpose. It’s kind of an accident but I really like the idea of the journey through the songs and the idea of starting really  small and then building up a big crescendo in a very dynamic way. It can pull through a whole  range of emotions.

Joseffeen : Are there artsits that make you feel like this through their music ?

Ali : Yeah. I grew up listening to a lot of rock music and that was very dynamic and sometimes quite euphoric. I have old influence from rock music. Today the people whose music influence me are people like Sufjan Stevens, James Vincent McMorrow and Bon Iver. These are the three main ones for me I guess.

Joseffeen : Your album has a very visual aspect too. Could you say a few words about the album cover ?

Ali : The album cover was created by a guy called Brooks Salzwedel from Los Angeles. It’s created on four layers of tracing paper. He draws on each layer and then the more distant layer becomes more faded. He creates the whole piece that way. It represents that place in upstate New York I was telling you about and shows how it has changed a lot since my time there and how it’s percieved completely differently to me now. There are the things I recognize in the artwork like the small houses and the trees and the lake and then there are the things that have changed and overgrown and this kind of celebratory banners across it that illustrate the sense of happiness I have of that place. It’s not about wishing  to go back in time to go back there but rather saying « I’m glad this happened ». It’s also about the fact that, when you remember something, you don’t remember exactly how it was. Every time we remember something, we change it in our head and I like this idea that every time I remember that place, it changes over and over again. It becomes that thing I can hardly recognize anymore.

Joseffeen : Your music videos have a very visual aspect too…

Ali : Yes. « Birthplace » , « Sleepless » and « Repeat Until Death » were done by  Sil van der Woerd & Jorik Dozy. They also did « Terraform » from an album I did with Ed Tullet. I met them through Ed actually because they’d been working with him. They liked my music and started pitching ideas and I really liked the kind of documentary styles their ideas went. Their ideas were really in line with issues which are important today such as plastics in the ocean and how we are polluting our world and killing it really. We wanted to tell stories through this.

Joseffeen : Two of the videos go together : « Sleepless » and « Repeat until death »…

Ali : Yes. These two videos follow a mongolian family from a community whose activity revolves around reindeers. The videos follow a young girl who gets sick from pollution in the city and has to travel to this community to see a shaman to feel better but in the end there is no coming back to the city because it’s too polluted and the reindeers are dying on the land. Sil and Joryk wanted to raise awareness through a beautiful cinematic experience.

Joseffeen : You also worked with Ethan Graham on the video for « Utican »

Ali : Yes. I had worked with him before on « Carry you » from my last EP and I wanted something slightly different for that video. We didn’t start with the idea of delivering a message ,  we tried to tell a story first.

Joseffeen : You’ve been touring with Gia Margaret and have recently released two songs together…

Ali : I found her music when I was looking for artists to support my US tour in 2018 and I loved her music. She started touring with us and now she’s supporting my European tour too because we’ve become really good friends. It’s crazy that she was unknown before. She came to the UK for a bit and we hung out at my studio, played around and recorded what we had over the weekend. We decided not to wait to put the two songs out. Writingwise, these songs are more of her influence. I decided to sit back a little and see what would happen. When we started recording, the instrumentation was more by myself. It’s a fairly equal mix and you can hear it through the song and I really like that.

Joseffeen : She’s not the first person you’ve been collaborating with, is it something you enjoy, making music with other people ?

Ali : Yes. I feel you can get depressed sitting on your own making music. It can get boring if you remain on the same ideas and having someone else in the room can help. I like working with friends,  not the idea of chosing random people to write with. Ed and Gia are friends which is what I liked in these collaborations.

Joseffeen : Have you been working on anything new recently ?

Ali : Yes, I have this project with the band Hailaker. I recently signed them on my record label called Lowswimmer. I played a few intruments on the album and recorded it.

Joseffeen : What is for you the best place to listen to music ?

Joseffeen : What’s the very first album you bought as a kid or teenager ?

Ali : I think it was The offspring’s Conspiracy of One. I was really into skateboarding at the time and it got me into rock music ;

Joseffeen : What is the best show you’ve ever seen ?

Ali : It’s between two : either Ben Folds Five and a show he did with an orchestra which was an incredible performance or Sufjan Stevens. I saw him in Brighton on his Carrie & Lowell album tour and it was amazing.

Ali : Ethan Gruska. You should check it out, his album is great. 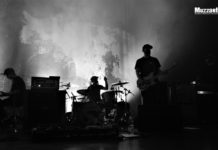 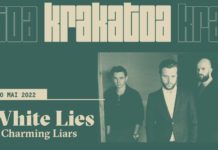 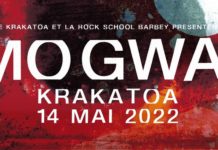